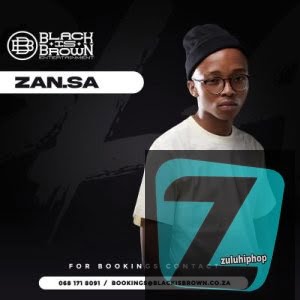 Top 10 Zan Sa 2022 Songs: Zan Sa and Dj MaTen release this fresh main mix titled “Bafo”. He is a South African DJ producer, song writer and hitmaker. Djy Zan SA has had a strong passion for music since he was a child, and he is constantly working hard to achieve his goals. His music is influenced by old school house music sounds. Mr Jazziq, a DJ, producer, and certified hit-maker, just re-introduced the Black is Brown label, new fresh talent, and new music with the official release of the Black is Brown compilation Vol.1 project, which includes Djy Zan SA.

Benyric has released a new song called “Carolina,” which features Zan Sa and is both mellow and sleazy.

On “Related,” the latest song from Piano Hub signee Nkulee 501, the gents keep it quiet. Nkulee enlists the help of Djy Zan SA and Fanarito for the song’s wonderful melody.

“Miracles (Tech Mix)” is a new song from Senjay and Zan SA.

We have a new release from Zan SA, as he dash out this blistering new track that is titled Flavour And Booze.