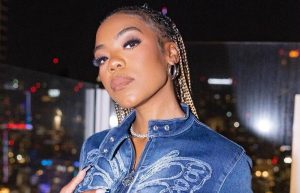 Ndivhuwo Elaine Mukheli, known mononymously as Elaine, is a South African RnB singer and songwriter. In September 2019, Elaine independently released her debut EP, “Elements,” while studying law at the University of Witwatersrand. The project hit the top of the national iTunes and Apple Music albums charts, making her the first female artist to achieve this. A year after its initial release, the EP was certified Platinum by RISA. It was also nominated for Best RnB/Soul Album at the 26th South African Music Awards. It scored her a contract with Columbia Records in December 2020. 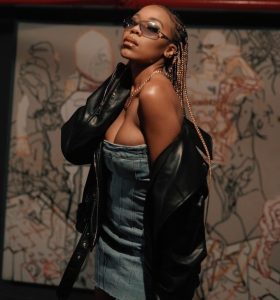 Elaine has stated that her musical career started after she performed a solo during a school function. The African culture and community have influenced her musical dreams. She said she was star-struck after watching the music video for Beyoncé’s hit song “Irreplaceable.”

At age 18, she moved to Johannesburg to study law at the University of Witwatersrand. While in school, she sought out an old friend who was an R&B producer, and together, they recorded most of her debut EP, “Elements,” in their dorm room. She said that school gave her “a solid foundation on what it means to be responsible and be accountable for your actions.”

After signing with Columbia Records in August 2020, she said, “when I was in L.A. for the first time, I was meeting with different record labels, A&Rs, and publishing labels…Colombia let me be who I wanted to be. They allowed me to speak and express what I see for myself.”

Elaine was born Ndivhuwo Elaine Mukheli in Pretoria, South Africa, on the 2nd of April, 1999. She celebrated her 23rd birthday on April 2nd, 2022.

The height of RnB singer Elaine is unknown. It has not been updated on the internet. 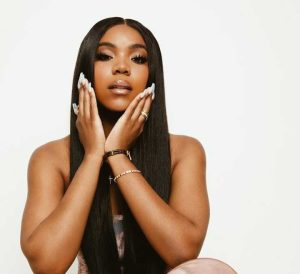 The exact estimate of Elaine’s net worth is unknown to the general public. However, the success of her debut EP “Elements” and her signing to Columbia Records in 2020 proves that she has raked in good money since 2019. Several media outlets estimate her worth to be between $1 million to $5 million. This estimate is yet to be confirmed by the singer or anyone on her team.

Elaine is famous for the love songs she sings. She gained fame for her beautiful EP “Elements,” which featured the hit songs “You’re The One” and “Risky.” While the songs are evidently about significant others, she has kept her romantic relationships private and away from the public eye. It is unknown if Elaine is currently in a relationship with anyone. She has not said anything about a romantic partner. Elaine has not said much about her parent save the fact that they helped inspire her passion for music. She stated that most of her childhood was centered around music. Elaine’s father introduced her to some of RnB’s greatest idols, including Whitney Houston, Lauryn Hill, and Jill Scott. She soaked in their music and grew passionate about making her own through the years.

Elaine has kept information about her family members away from the public. It is unknown if she has any siblings. She seldom posts them on social media and has not said anything yet.

Elaine has been spotted posing next to two sophisticated cars, including a red Porsche Mecan GTS and Lincoln Navigator. Several reports state that she bought them for herself. However, we are yet to confirm this. 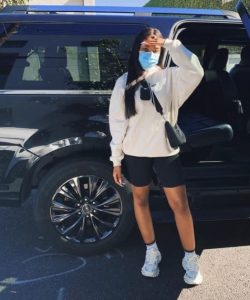 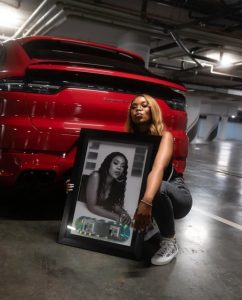