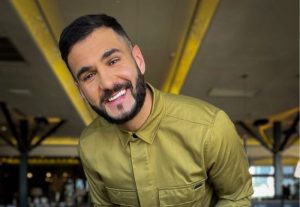 Trevor announced he has stepped down as host of The Daily Show after 7 years.

The South African-born comedian announced on Thursday, 29th of September, during a taping of the long-running Comedy Central show.
“I realized that after the seven years, my time is up, he said, but in the most beautiful way, honestly.”

Many of his fans and other celebrities have reacted to the news.

J Something on the other hand congratulated Trevor stating he is proud of him.

He wrote: “So proud of you @Trevornoah … well done man! ”