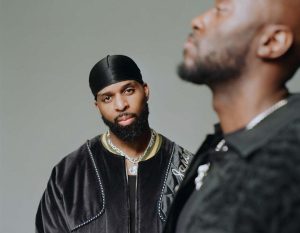 After dropping teasers on social media, dvsn returns with its highly-anticipated new single “If I Get Caught Mp3.” Produced by Jermaine Dupri, the song is a brutally honest take on temptation and how it affects a relationship.

“If I get caught cheating, that don’t mean I don’t love you,” sings one half of the duo, Daniel Daley. “I know you ain’t gon’ let one little f**k mess all this up / Don’t let one mistake take all this away.”

The toxic anthem, which samples JAY-Z’s “Song Cry,” even took Hov by surprise. “I didn’t think one could make a song more toxic than ‘Song Cry,’” he told JD in a text. “I just want a disclaimer that says that I said this song is wrong!”

Jermaine Dupri shares text from JAY-Z after he cleared the sample for @dvsn's new single "If I Get Caught" 🤯 pic.twitter.com/kItbYVBGCt

dvsn, which also consists of producer Nineteen85, has been in the studio with JD working on a new album, their first since last summer’s collaborative project with Ty Dolla $ign, Cheers to the Best Memories.

Watch the video for “If I Get Caught” below.