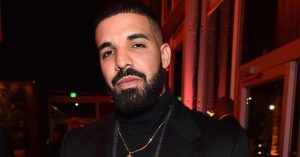 On Thursday night, an internet rumor claimed that the “Jimmy Cooks” rapper had been arrested by local police at a Stockholm nightclub.

However, his team is denying that there’s any truth to the speculation, telling The Hollywood Reporter that Drake was in his hotel in the Swedish capital and was not arrested.

drake was at the club in sweden lol doesn’t look like he got arrested 😂 pic.twitter.com/Cadr4RPtmf

According to Instagram posts, Drake landed at Sweden’s Arlanda airport on Wednesday via his Boeing 767 jet “Air Drake.” After touching down in Sweden, he reportedly visited Stockholm’s Ostermalm district and dined at Ciccio’s restaurant.

Earlier in the week, Drake announced his October World Weekend festival, which is set to take place July 28-Aug. 1 in his hometown of Toronto. The three-day series of events includes a Chris Brown and Lil Baby concert and a Young Money reunion featuring Lil Wayne and Nicki Minaj. He also teased an OVO Fest tour in 2023.

Meanwhile, his album Honestly, Nevermind continues to dominate the charts. The dance project sits at No. 3 on the Billboard 200, while the 21 Savage-assisted single “Jimmy Cooks” remains in the top 10 on the Hot 100.