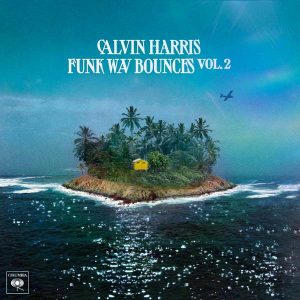 The hitmaker assembles another star-studded lineup for Vol. 2, which features a who’s who of hip-hop and R&B powerhouses. The 14 tracks include collaborations with Stefflon Don, Chlöe, and Coi Leray (“Woman of the Year”), Charlie Puth and Shenseea (“Obsessed”), and Jorja Smith and Lil Durk (“Somebody Else”).

Snoop Dogg and Latto bring the feel-good vibes on “Live My Best Life,” while Pharrell and Pusha T reunite on the closer, “Day One.” Busta Rhymes and Swae Lee each contribute their own solo bops.

The summer-ready soundtrack has already spawned a series of singles including “Stay” with Justin Timberlake, Halsey, and Pharrell, “New Money” with 21 Savage, the Dua Lipa and Young Thug-assisted “Potion,” and “New to You” featuring Tinashe, Normani, and Offset.

“This album is for car journeys, and beaches and things like this,” Harris told Apple Music. “What I was doing a lot was taking trips to the mountains. This is when I still lived in L.A. Taking a trip out to this place called Idyllwild in the car, listening to a lot of psychedelic rock and then climbing the mountain, literally, and figuratively, and then heading back. So I was doing a lot of that, putting a lot of vinyl, getting to that kind of zone.”