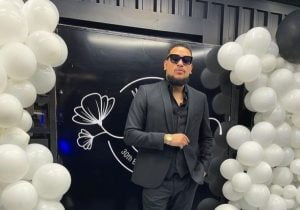 Cassper released the song during the week, and it garnered mixed reviews.
Kiernan was mocked by Mufasa despite ending their long-term beef on a football pitch in August.

“They tried to keep up and bought what I bought but they ended up selling it,” Cass said in the aforementioned song.

The lyrics explicitly talk about AKA’s revelation made in 2020 about how he sold his car because he didn’t need lots of it.

While AKA was busy promoting his new single, Lemons(Lemonade) that surpassed 1 million views in less than 5 days, his attention was called to the diss line.

Rather than make a fuss about it, the rapper calmly snubbed it and urged people to listen to his new song.

Fans marvelled at his reaction, as he has evidently changed.

“They tried to keep up and bought what I bought but they ended up selling it”. #PardonMyArrogance https://t.co/iHNf6tD6D5 pic.twitter.com/z3j3s3PaeI