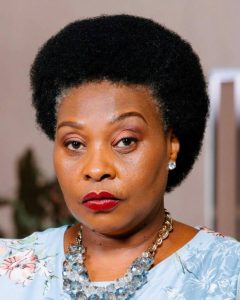 Yvonne Chaka Chaka is a South African singer, songwriter, and entrepreneur who rose to fame in the 1980s and consequently earned the tag “Princess of Africa.”

The Soweto native discovered her singing gift early and pursued that gift from a young age through the throbbing 80s until she emerged as one of the key voices on the music scene back then.

It wasn’t easy navigating at the outset because her father died when she was just 11 years old, leaving her and her siblings with a mother who wasn’t rich.
However, Yvonne had her eyes set on music, and she was committed enough to stick through even when things weren’t going well at the outset of her career. Her commitment paid off soon enough, and she soon emerged as one of the most respected voices in South African music.

Yvonne Chaka Chaka was born in March 1965, which makes her 57 years at the time of writing.

Yvonne Chaka Chaka is the mother of four sons. She has no daughter and does not plan having other children. Although her sons are all grown now, she still calls them “my boys.” Talk about having a deep bond with your children. Yvonne Chaka Chaka got married on 7th October 1989 to a medical doctor known as Dr Mandlalele “Tiny” Mhinga. The couple has remained married ever since and are routinely used to illustrate the possibility of longevity in marriage. She and her husband are happy together. 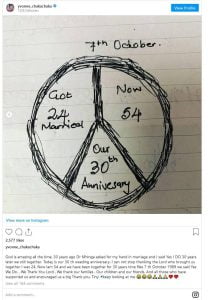 The songstress is uninterested in discussions of her net worth, so fans have been the ones doing the talking. She’s said to have a net worth of $1 million— not bad for a singer who is not particularly active with the mic at this point in her life.

Yvonne Chaka Chaka has a close-knit family comprising her husband, Dr Mhinga, and their four sons. They are all grown now, but she can still be goofy with them. She had, for instance, once joked about one of her sons bringing home a wife (her daughter-in-law).

Here are some key questions about singer Yvonne Chaka Chaka and the answers to them.

Although she still has her singing voice, Yvonne Chaka Chaka is not exactly focused on singing at this point in her life. She is now into public advocacy and runs a charity called the Princess of Africa Foundation.

Yes, Yvonne Chaka Chaka is still married. She has been married for over three decades. Because of the stability of her marriage, she is frequently used as an example to other celebrities on how to keep their relationships together in an industry rife with divorce and separation.

She is from Dobsonville, Soweto, South Africa. 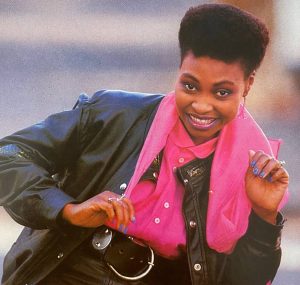 The celebrated singer was born on 18 March 1965 in Soweto.

Yvonne Chaka Chaka’s father is no other than Habakkuk Machaka. He died when she was just 11 years old.

Yvonne Chaka Chaka became famous in the 80s, rode the fame machine through the 90s, and has managed to remain in the consciousness of the public.

The celebrated singer has four children.

Yvonne Chaka Chaka has 17 albums to her name. 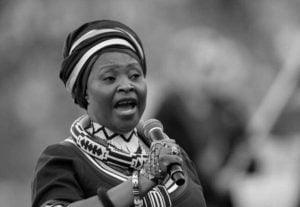 The song was recorded and released in 1988.

A literal translation of “Umqombothi” would be “the skull.” However, it is actually the name of a traditional Xhosa beer—African beer—made from maize, malt, sorghum malt, yeast, and water.

“Umqombothi” is also a song composed by Sello “Chicco” Twala and Attie van Wyk and performed by Yvonne Chaka Chaka.