It is normal to hear players changing their clubs. However, something that is out of the extraordinary is a player changing his nationality and playing for a different country.

Likewise, Mario Fernandes was born in Brazil, but he eventually wound up playing for Russia. As of now, Fernandes is a proud Russian citizen who plays for the biggest club in Russia, CSKA Moscow. But how did he manage to play for Russia? Did he play for Brazil? What is Mario doing currently?

Well, in this article, we are going to discuss the questions mentioned above, along with a whole host of interesting information. It will include Mario’s net worth, salary, age, personal life, horoscope, and social media.

Mario Percio Fernandes Filho and Marisa Fernandes begat their son Mario Figueira Fernandes on September 19, 1990. He grew up in the town of Sao Paolo, where he learned to play football.

However, there is not much intel on Mario’s childhood as he has kept it a secret. Similarly, details about his siblings have also been kept in the dark.

Mario began his professional career with Gremio in 2009. He had signed a contract until 2014. However, just a couple of days into his new deal, Fernandes mysteriously disappeared.

As a result, the police had to be called, and he was found some days later in his hometown, Sao Paolo. Eventually, Mario made his debut on June 28, 2009, against Sport Club do Recife.

Subsequently, Fernandes remained with the club until the year 2012 before signing for CSKA Moscow.

Although Mario was a top performer for Gremio, his unhealthy diet and party lifestyle detracted from many potential suitors. Fernandes has been playing for CSKA since 2012

As a result, everyone was shocked when CSKA Moscow paid €15 million for the right-back’s services. Later on, it was revealed that Real Madrid had also contacted Gremio, but the deal with CSKA had already been agreed upon at that stage.

Also, Mario was voted as CSKA’s Fans’ Player of the Year for the 2018-19 season. Moving onto his current season, Fernandes has made a total of 29 appearances scoring three goals and assisting a further three.

Mario made his debut for the Russian national side against South Korea on October 7, 2017. He would have played for the national team much sooner had it not been for a rule.

To explain, any player born outside of Russia has to play in the country for five consecutive years before being eligible to represent the nation.

Consequently, Fernandes had to wait until 2017 even though he received Russian citizenship in 2016.

As of now, Mario has appeared 22 times for the Russian national side, including the 2018 World Cup in Russia.

As a matter of fact, Fernandes even scored the equalizing goal against Croatia in the quarter-finals. Unfortunately, Russia lost on penalties.

However, Mario did play for his birth nation Brazil once in 2014. Moreover, he played in a friendly game against Japan, which they won 4-0.

Right after making a contract with his professional team Grêmio, Fernandes had disappeared into thin air for the time being.

Many had no idea what reasons it holds. Apparently, back then, Mario had a hard time adjusting to his new environment and home.

Thus, he fell into the disappearance, and it was reported that police found him 700 miles away from Porto Alegre, hungry and exhausted. Even after coming back to the club, he had difficulties settling down.

Furthermore, he even underwent psychotherapy for his depression issues. Following it, he even neglected his health, got into drinking habits, and clubbing all the time while relying on McDonald’s food.

Therewith, at times, he would even appear drunk in training, and once, he even missed the Superclasico game. Later, he visited Brazilian Evangelical Church, which he stated was life-changing. Afterward, he stopped excessive drinking.

As an athlete, it’s the uncertain rule of getting injured cause you never know what’s on the pipeline.

Fernandes had his foremost injury in the career back in 2010, when he suffered a shoulder injury. Apparently, that kept him out for 196 days, and he missed out 37 games in total.

Later, he underwent a knee injury and problems in 2013, which made him out of games for nearly 200 days. Even during that tenure, he was out of 27 games. Following it, he had some minor injuries in 2014, which, fortunately, healed in no instant.

On March 16, 2015, Fernandes suffered a nasal bone fracture which took a week to heal, and he missed a game.

Not long after it, he raptured his ankle and was out for two weeks. Moving on to the year 2016, he struggled with a concussion and missed two games in seven days.

Following it, he again fractured his nasal bone, and in 2018, he landed with a hamstring injury and concussion again. Therefore, he was out for more than a month and missed nine games.

Coming to 2020, Fernandes did test positive for the novel coronavirus and was quarantined. Herewith, he missed two games in 15 days. Apparently, the recent injury he had was in November 2020.

Back then, he suffered through a hip injury and was out for 30 days, due to which he missed six games. Overall, due to injury, Fernandes has missed out 86 games in his career due to injuries. At the time of writing, Mario is 30 years of age. Likewise, he was born on the 19th of September, which makes him a Virgo. Usually, Virgos tend to be patient, kind, creative, and hard-working, to name a few.

Moving on, Fernandes stands at 6 feet 2 inches (1.87 m), which is quite tall for a right back. Mostly, wide defenders play in that position due to their small stature. However, Mario plays there because of his versatility.

Fernandes is originally from Sao Caetano do Sul. Likewise, it is a city in the state of Sao Paolo, Brazil.

Back in 2015, before being called for the Brazilian squad, Fernandes had stated his question regarding the transfer of his citizenship to the Russian one.

Apparently, his talks about the citizenship transfer got more strong later and even earned the full support of his family to do so.

Therefore, on July 13, 2016, Bruno received Russian citizenship via a presidential decree from Vladimir Putin. As a result, Fernandes is a Russian citizen even though he was born in Brazil.

Following it, Fernandes started to enhance his Russian language and even learn their national anthem.

Altogether, he has become one of the three Brazilian nationals currently representing the Russian football team, the two others being Guilherme Marinato and Ari.

As we all know, Mario Fernandes is a right Defender and a midfielder. At present, he plays for the team he feels at home with. As of now, Fernandes has achieved the listed awards and honors.

As of 2022, Mario has a net worth of $10 million accrued from his career as a professional footballer. Moreover, he has been playing professionally since 2009.

Likewise, during his 11-year playing career, Fernandes has earned more than $16 million in salaries. As a result, his net worth should be of no surprise.

Moving on, Mario is currently earning a yearly salary of $2 million with his current side, CSKA Moscow. Moreover, he has been with the club for more than eight years.

According to the TransferMarkt website, Mario is currently valued at €24 million. However, just a few months back, in December 2019, he was valued at €30 million.

Talking about Mario’s love affairs, he is currently single. There is no information on Fernandes’ previous relationships either.

Added to that, he does not have any social media accounts, which would have been of massive assistance. However, what we do know is that Fernandes was an alcoholic before moving to Moscow.

In fact, Mario even missed the opportunity to play for his birth nation Brazil due to his addiction. Having said that, Fernandes is completely sober and has been for many years.

Sad to say, Fernandes does not have any social media accounts at the moment. Nonetheless, we have provided you folks with his club’s Instagram account. So, feel free to check it anytime.

What is the jersey number of Mario Fernandes?

Who is Akpan in Akpan and Oduma comedy skits? Adekunle Salawu popularly known as Akpan is a Nigerian comedian who... 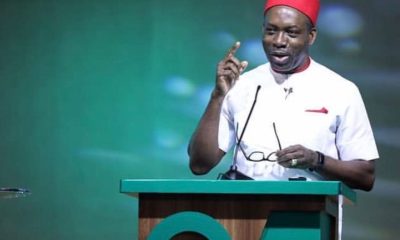 Charles Chukwuma Soludo, CFR (born 28 July 1960) is a Nigerian economics professor and a former governor and chairman of... 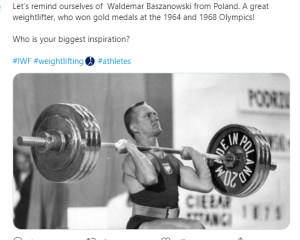 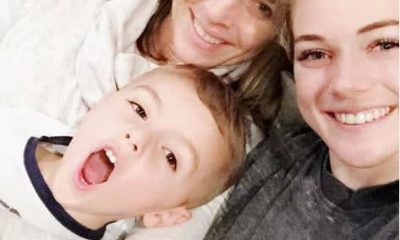 When we talk about soccer, the most famous players are mostly male. However, the world has some exceptional female soccer... 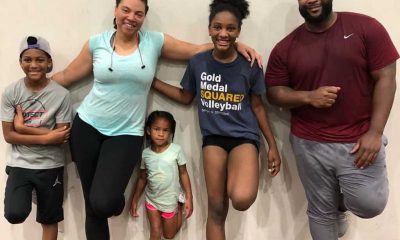 Marcus Spears is a well-known face in the football world. He is a professional footballer who has played in the... 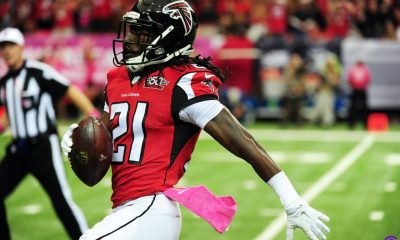